RRB ALP and technician recruits for assistant loco drivers and technicians for railways, the posts are less and the applicants are large hence the exam is very competitive.

(OR) Combination of various streams of these Engineering disciplines from a recognised Institution in lieu of ITI.

Note: Degree in the Engineering disciplines as above will also be acceptable in lieu of Diploma in Engineering.

Technicians: Matriculation/ SSLC Plus ITI / Course Completed Act Apprentices or 10 + 2 with Physics and Maths or Diploma in Engineering (As Applicable).

The entire recruitment process shall involve,

3) RRB ALP Computer Based Aptitude Test (for ALP) and

4) Document Verification as applicable. (For ALP and Technician)

The Second Stage CBT shall have two parts viz Part A and Part B as detailed below.

Total Duration: 2 hours and 30 Minutes (150 minutes for Part A and Part B together)

The marks scored in Part A alone shall be used for short listing of candidates for Part B.

This part is qualifying in nature and shall have questions from the trade syllabus.

Candidates with ITI/Trade Apprenticeship qualification will be required to appear in the section having questions from the relevant trade.

Candidates holding Degree, Diploma and HSC (10+2) having eligibility for the posts of ALP have to select relevant trade from the list of trades listed against their engineering discipline/HSC (10+2).

(Only for candidates who have opted for ALP not for technician)

There shall be no negative marking for Computer Based Aptitude Test.

Question papers are made available in both English and Hindi

There is a five-test battery, candidates need to score certain marks in each test battery to qualify the exam

The aptitude tests have been designed for various jobs in critical safety categories. You will be given the test battery, consisting of five-six tests, prescribed for the job you have applied for. They are required to answer the questions display on monitor. You are required to give answer by clicking mouse among four/five or six alternatives.

4. Test of Power of Observation

b. General Intelligence and Reasoning

c. General Science: The syllabus under this shall cover Physics, Chemistry and Life Sciences of 10th standard level. 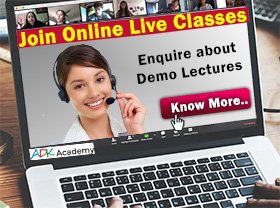